It has been a busy and exciting start to the year here at Velocity Flight Training with our 737-800 Flight Simulator. We have seen many new, and some familiar faces with our Flight Experience Sessions and virtual Type Rating courses.

Also, we have been working with multiple commercial crews to prepare them for interviews and help them achieve their airline dream. We have also welcomed two new additions to our Instructor team, Chris, who you will hear from later in this post, and Mark, who has is a highly experienced First Officer.

We have also been planning with Fly2Help for the upcoming Air Smiles day, which has been funded by our charity efforts over the last few years.

A lovely scenic approach into Kelowna, BC

Hi All, my name is Chris, and I am one of the new instructors here at Velocity. I have recently graduated from CAE Oxford with a frozen Airline Transport Pilots Licence and hoping to put my commercial licence to use in the right-hand seat of an airliner soon.

Back in June 2018, I embarked on an integrated ATPL course in the pursuit of becoming a commercial pilot. While there are various options for training, including modular, I felt that CAE offered a comprehensive training package alongside strong links with airlines which ultimately sealed the deal for me. That being said, it was more expensive than some other options and carried no guarantees of an airline placement at the end.

The course was tough, and although people are keen to tell you how hard it is, nothing really prepares you for ground school. It is widely likened to 14 GCSE’s in 6 months, and I would firmly agree. However, a basic knowledge of maths and physics, coupled with hard work and hours of revision is enough to get you through.

Next up was 7 months in Phoenix, Arizona flying the Piper Archer (PA28-181) and finally the Piper Seminole (PA44). This was undoubtedly one of the best parts of the training, especially being let loose in a plane by yourself for the first time, flying into Las Vegas and flying alone at night being personal highlights.

After the CPL test, it was back to Oxford for three months to complete the Instrument Rating in the Piper Seneca (PA34). The fleet at CAE were all equipped with the Garmin 1000 which was beneficial, being able to fly with a glass cockpit from day one with continuity between all the planes. The IR presented lots of challenges, studying and cancellations due to bad weather (yes, even in the IR phase!). Breaking out from the clouds at 400ft to land was something special.

Finally, after the IR, I spent three weeks in Gatwick for the last part of my training, the MCC/JOC. This part of the training incorporated elements of becoming familiar flying a jet and working as part of a crew. For me, this was the best part of the training, flying the B737-300 full-motion simulator and finally being in a commercial environment.

Now, while on the hunt for an airline job, I have the pleasure of working with Duncan and the B737-800 at Velocity. Having flown variants of the same sim, I am impressed with the quality of the Simulator, the visuals and the value for money, whether it be for crew training or a gift experience. I thoroughly enjoy the variation of instructing, the limitless destinations and the chance to meet new enthusiasts each day.

We offer two larger blocks of time in our Simulator, the 5-hour First Officers package and the 10-hour Captains package. These are ideally suited for those that want to experience what a “Day in the Life” of a 737-800 Pilot feels like. These sessions can either be taken as a block of time or separated down into multiple sessions as you wish. One of the things that we use these sessions for the most is flying full sectors, with complete procedures, real weather and sometimes even air traffic control (VATSIM, Pilot Edge, etc.). These sessions are ideal for a PPL Holder,  Flight Simulator enthusiast, or someone with a keen interest in aviation who wants to start to learn how the 737-800 is used in the commercial world. 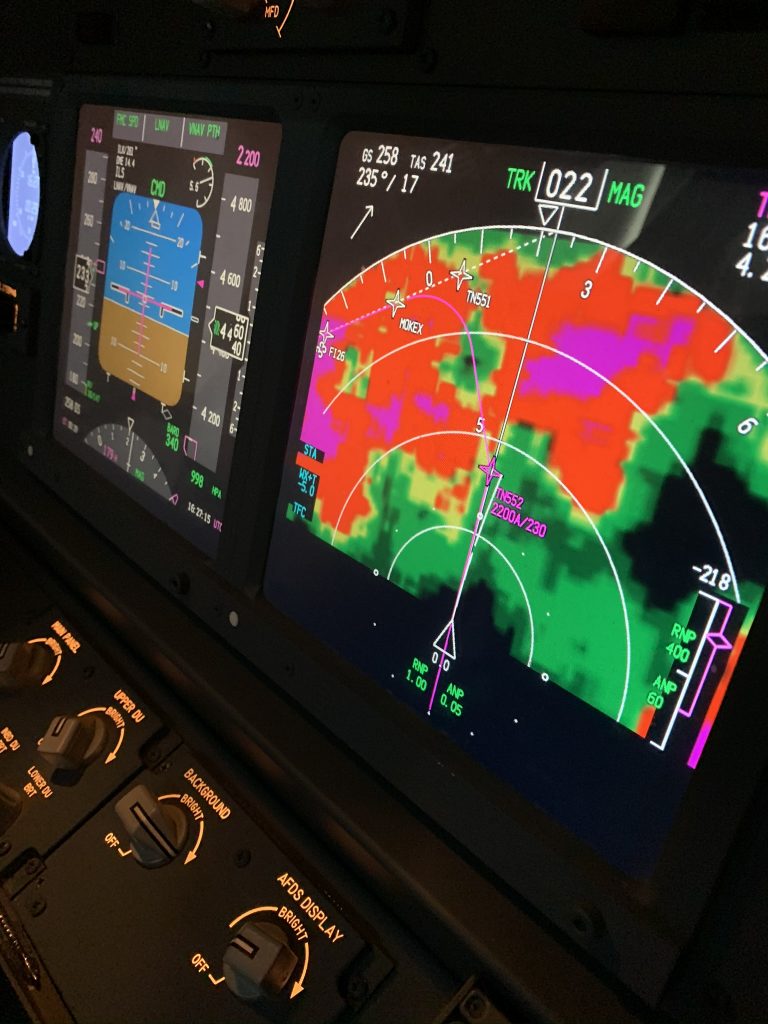 Weather Radar on Approach to Tallinn

We were incredibly saddened to hear about the collapse of FlyBe, one that hits rather close to home and affects our team here at Velocity. Therefore, any FlyBe crew who have upcoming interviews, please get in touch for a specially discounted rate on our 737-800 Simulator. 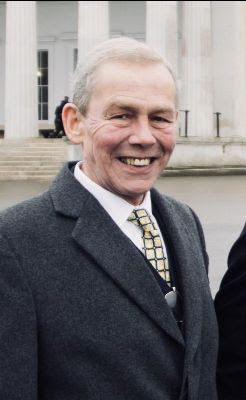 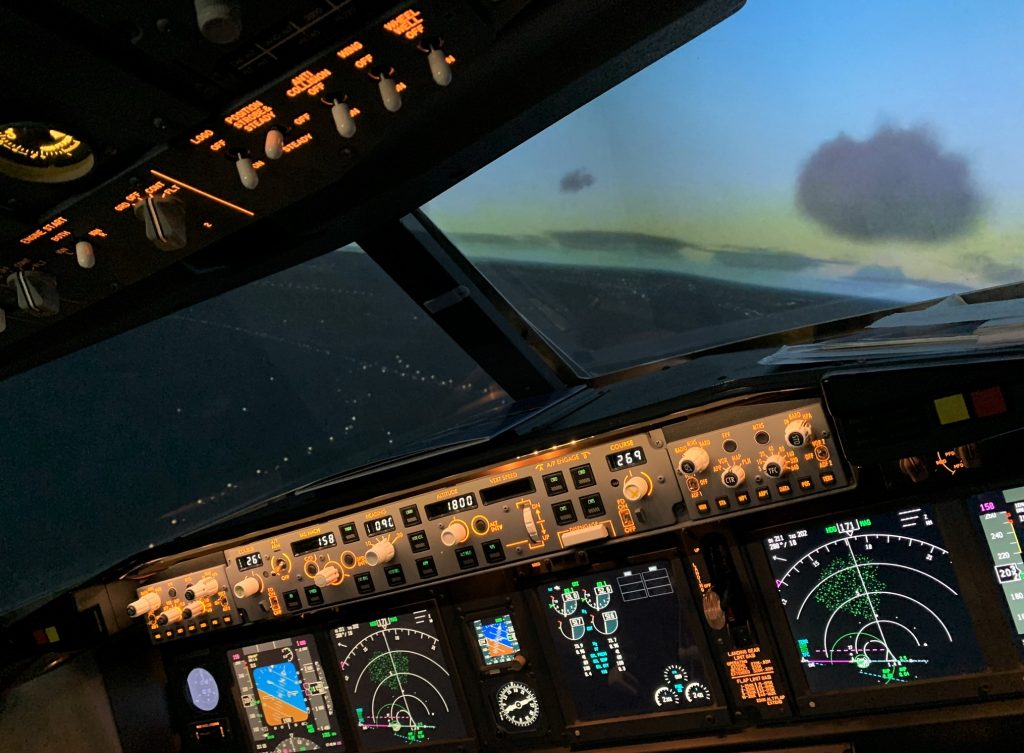 Enter your email below for an instant 25% off voucher code!